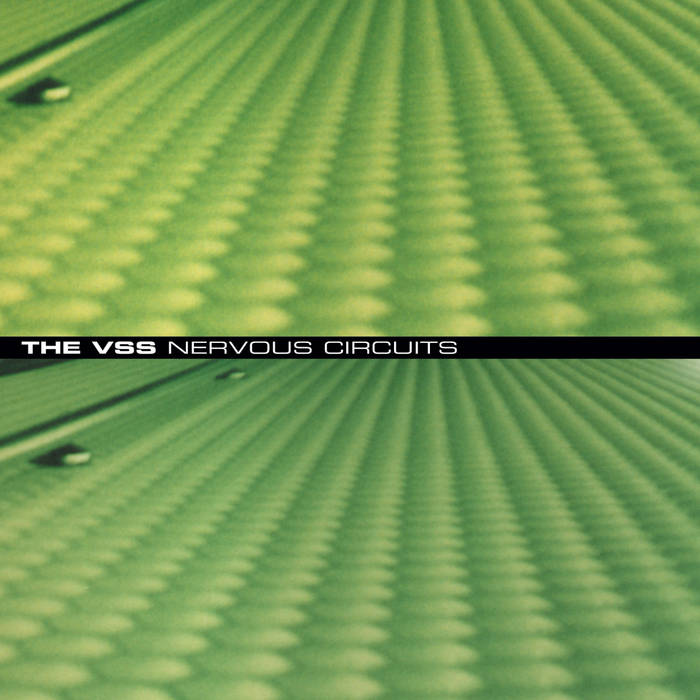 Back in 1997, we were all crammed into A. Ron Turner’s apartment back in Boston, talking about the first Miltown seven-inch like it just gave us a reach-around in the men’s room. On the other side of the country—San Francisco, to be precise—four dudes we’d never met put out a record called Nervous Circuits. Originally released on Honey Bear Records, the album unveiled the kind of punked-up robotic noise and feverish melodies that anticipated the vast and varied keyboard-enhanced punk/rock stylings of These Arms Are Snakes, The Faint and Death From Above 1979. Featuring former Angel Hair members Sonny Kay (vocals) and Joshua Hughes (guitar) alongside bassist/keyboardist Andrew Rothbard and drummer Dave Clifford, The VSS filtered Black Flag’s nihilism through a litany of crooks, hooks, edges and angularities (and their own light show, as seen on the bonus live DVD) to create “an environment of total saturation of sound, light and motion.” It was our kind of shit, but we just didn’t know it yet. And then the fuckers had to go and break up—before forming Pleasure Forever (Clifford, Rothbard, Hughes), Year Future (Kay) and Gold Standard Laboratories (Kay). But hey—thank Christ for reissues.

A brief history and disclaimer:

The VSS began in Boulder, Colorado in January 1995 and ended unceremoniously in July 1997. In that time the band relocated to San Francisco, toured the U.S. twice and Europe/UK once, released a series of 7-inch EPs and issued Nervous Circuits, its only full length album. It was recorded and mixed over the course of one week of sessions (usually lasting upwards of 16-hours per day) in October 1996 at the same Denver studio in which The VSS recorded its debut EP. Tracking of Nervous Circuits began on a Monday morning and the last mix was completed that Friday (Halloween) at midnight. The band then raced across town to play a late-night show that was one the most intense and unhinged performances of its brief tenure.

To this day, The VSS is commonly known for two things, 1) its inventive use of horror-film keyboards, angular guitar, unusual rhythmic shifts and vocal effects in creating a dark, jarring sound that merged punk, goth, psychedelia and experimental rock, and 2) its "crazy" light show, an unprecedented notion for the underground basement show set. These two components are said to be influential on the aesthetics of myriad bands to follow in the decade since the band's demise. Of course, the synthesizer was nothing new in punk rock. However, by the mid-90s, the synthesizer was such anathema to musicians still reveling in the faux-grit of grunge, that to the members of The VSS, adding keyboards to underground noise-punk seemed the perfect prescription for what had become a staggeringly dull scene.

The live footage included on the bonus DVD has been assembled from VHS tapes traded and distributed by fans over the years. Considering that many of the copies that found their way to us were fifth or perhaps even tenth generation and shot on consumer VHS camcorders at all ages venues, the video content is far from professional. However, we feel that these video clips capture the essence of The VSS aesthetic -- to create an environment of total saturation of sound, light and motion within a realm far distanced from the tedious trappings of arena rock posturing and production values. The footage here represents a good deal of the disorienting, unnerving and cathartic live experience of The VSS... perhaps an essential component to placing Nervous Circuits in context today.

Bandcamp Daily  your guide to the world of Bandcamp